The age of 14 and the ambition of flying high

On September 5, 2019, in Hanoi, EMOBI celebrated its 14th birthday anniversary in a cozy but very exciting atmosphere.

On September 5, 2019, in Hanoi, EMOBI celebrated its 14th birthday anniversary in a cozy but very exciting atmosphere.

At the birthday party held at a restaurant on the banks of the romantic West Lake, the leading board and nearly 100 staff of the company took the opportunity to recall the meaningful memories during the long journey building up the company.

During 14 years, hundreds of people have dedicated to contribute to the victories of EMOBI. By now, some of them are no longer a member of the company, but anyone is considered a marked part of the company’s history.

Months before the birthday anniversary, a series of activities to celebrate the company’s birthday were organized by the Community Committee to create cohesion of the staff and were enthusiastically participated by all employees, creating a lot of drama, surprises with special talents emerged through such games as  Commenting photos, writing poems, recording videos … receiving a warm complements from the Board of Directors and colleagues. The party was happily ended with explosive musical performances by Board of Directors and all the staff, with the motto “working hard, playing hard” and with the biggest determination to look toward a direction and to raise EMOBI up higher and higher. 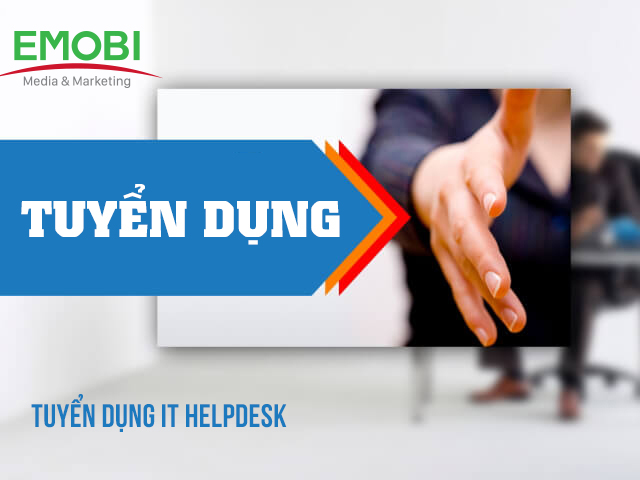 Vacancy For An It Helpdesk

Due to growing demand, Emobi is looking for an IT helpdesk. This post has a chance to be trained and upgraded to a Sysadmin. The specific information is as follows: Due to growing demand, Emobi needs to hire an additional Accountant. Specific information is as follows: Emobi’s 2019 looking back – A year of faith and inspiration The Regular health checkup in 2019 was enthusiastically joined by all the staff of the company. The spring opening program this year is even more jubilant because of many specially interesting games, and everyone is surprised and excited to join.